We are an international, education-driven non-profit organization

with a mission to enhance  academic and skills-based learning for the media and creative industries in Africa.

Convinced that sharing is the essence of knowledge production, we will work with partners to drive the best and most innovative solutions to: 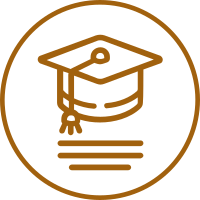 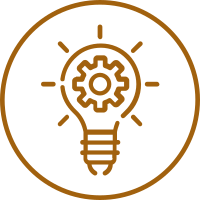 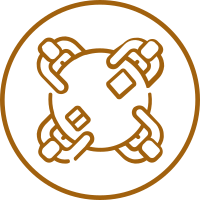 Establish a dialogue with industry stakeholders 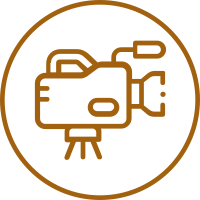 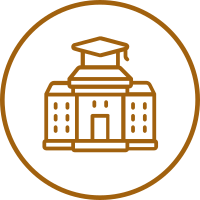 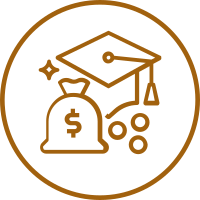 Bridging the gap between academia & industry

Although the creative and media industries are growing in Africa, human resources are still scarce.

Without practical training, there will continue to be a deficit in the necessary skills and qualifications required to innovate at industry level.

We will link media and academia by coordinating partnerships that deliver vocational courses and training, to help bridge the skills gap the media industry faces in Africa and foster graduate employability. 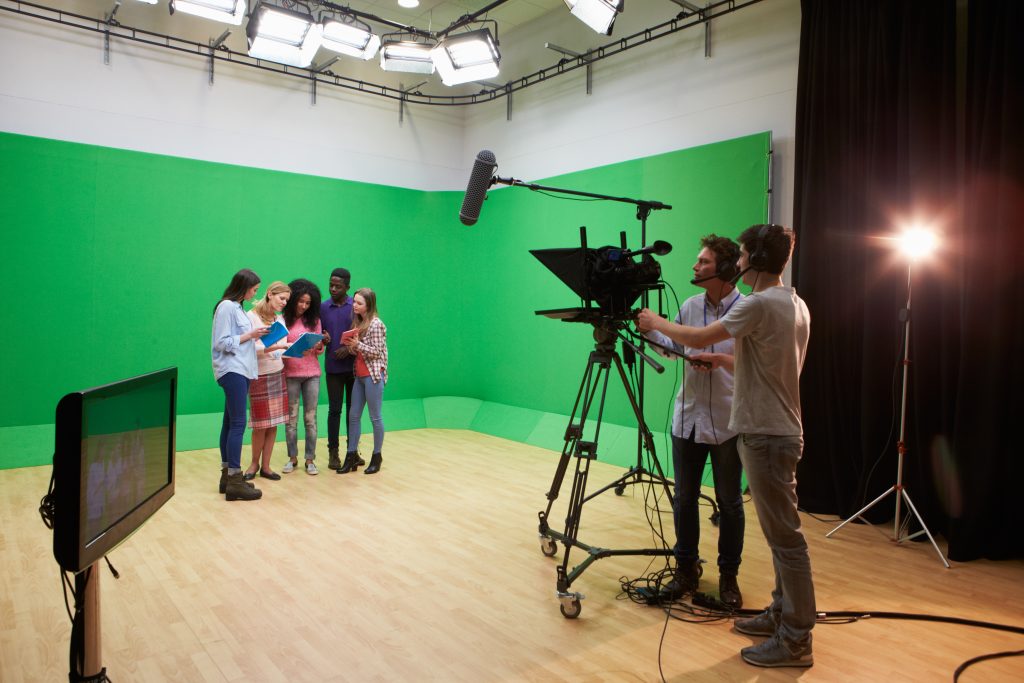 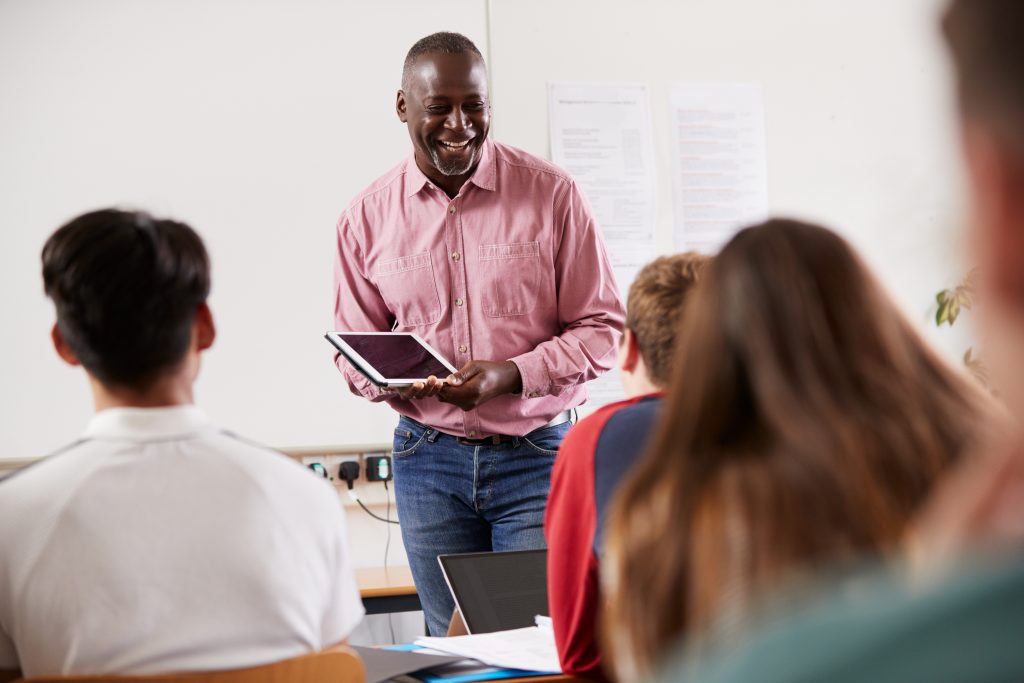 Bringing world-class universities to the Continent

Most African countries are still developing their higher education systems and do not yet have access to many – or even any – world-renowned institutions.

We aim to create the conditions and connections to attract leading universities from across the United States, Europe and Asia to Africa, helping them set up branch campuses dedicated to media studies, and creating educational and training hubs mixing industry and academic excellence.

Supporting students in their media qualifications

The growth and career of many talented Africans is stunted by a lack of financial resources, access, and opportunities.

We are committed to supporting aspiring media students by offering scholarships for the universities, technical colleges, and vocational programs we will develop; by securing internships with industry partners; and by facilitating career opportunities across the media and creative markets. 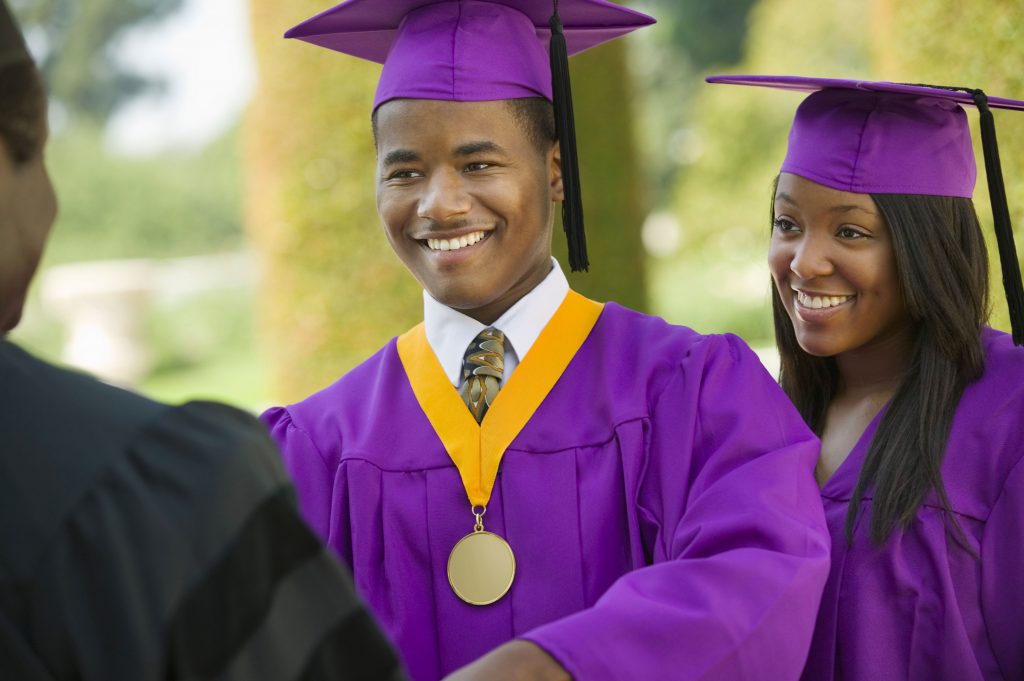 The African Media Campus Foundation is an independent, non-profit organisation registered in Mauritius.

Our legal status underpins the transparency and inclusivity we strive for in enabling synergies between existing academic and industry resources, for the benefit of Africa and the international media ecosystem.

We are funded by philanthropic donations from external donors, as well as institutional grants.

Handled by the Mauritian management company Sinews Global Ltd., which is part of the Fisconsult-Sinews Group, it provides tailor-made management solutions to its customers, including corporate administration, as it does for the Foundation.

Handles the day-today development of our vision 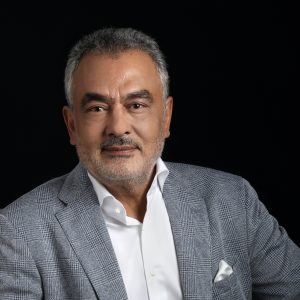 Najib is the founder of the African Media Campus Foundation.

He has over 25 years of experience in the global media industry, having been a journalist, a TV production executive, and a consultant for a variety of media organisations in Europe, Africa, and the Middle East.

Throughout his career, Najib witnessed the skills gap stunting Africa’s growth. It is his knowledge of both media studies and industry that inspired him to set up the Foundation, and launch – as its first practical achievement – MediaCity Mauritius , which he also manages.

Prior to this, Najib was the CEO of TIME TV, a French media production company which made documentaries for international broadcasters such as France TV, Al Jazeera, and TV5 Monde. He was also a Director of Al Qarra TV, a multilingual network specialising in African news. Najib is also a well-travelled consultant with significant experience of the African and Middle Eastern media environments. 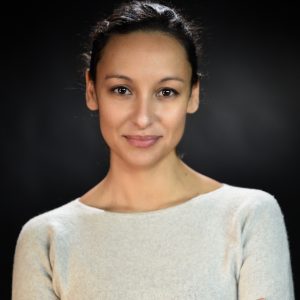 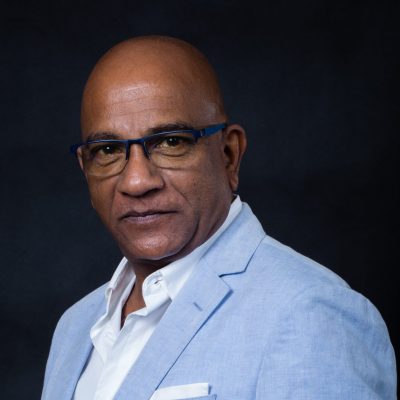 Selven Naidu is an internationally recognized Film and Television Director with more than 20 years of experience.

In 2001, his first short film won the Djibril Diop Mambety Prize for Best Short Film at the Director’s Fortnight in Cannes.

A native Mauritian, Selven managed the Mauritius Film Development Corporation for four years before moving to Madagascar to run a private TV & Radio channel there for seven years.

Selven is currently a film and TV Consultant, as well as Manager of his own production company in Mauritius – a wealth of experience to the benefit of the Foundation and its mission.

Supports the Foundation’s mission and drives its strategic direction, develops its goals, and assesses its impact, by leveraging the network and experience of its members. 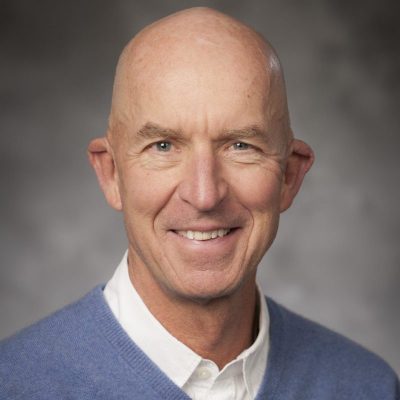 is an American Journalist, Book Author, and Academic, who has worked on Africa for 40 years.

After studies in Paris (Sorbonne) and Berlin (Ph.D., 1984), he was a roving correspondent in Africa for Reuters News Agency and Radio France International (RFI), prior to becoming the Africa Editor of, first, the French daily Libération, and then Le Monde.

Since 2007, Stephen has taught African Studies at Duke University. He has (co-)authored some twenty monographs on Africa, and has also worked as a scriptwriter and historical consultant for the film industry. 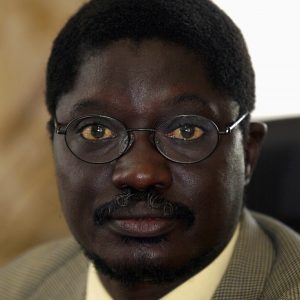 is a Teacher, Researcher, and Academic Activist with a special focus on innovative educational reforms for the Continent.
He is the General Manager of the pan-African news agency PANAPRESS. He was a Professor at the University of Dakar (UCAD), at the school of journalism Centre d’études des sciences et techniques de l’information (CESTI).
After this, Babacar worked at UNESCO, where he ran the West and Central African news agencies development programme, and became Director of Communication Development, with a focus on training media professionals in Africa, Asia, Latin America and the Caribbean. 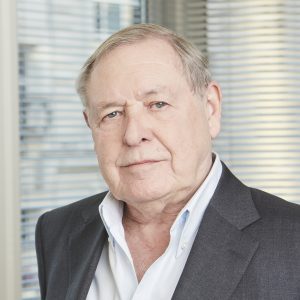 is the Founder and Executive Chair of strategic communications firm, Project Associates.

David is one of the UK’s most respected Communications Specialists and gives the highest level of reputation and crisis advice to some of the world’s largest companies and political leaders.

Before founding Project Associates, David was the Communications Director of Camelot, the UK’s national lottery operator. 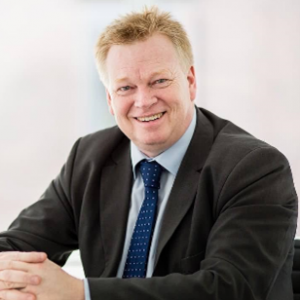 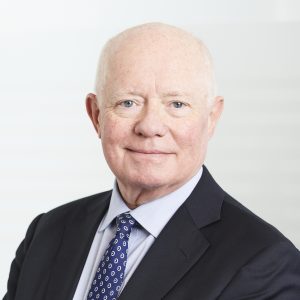 has had a long career as a Senior Executive and Advisor in both government – having served under Prime Ministers John Major, Tony Blair, and Gordon Brown – and multi-national businesses. He was Global Head of Corporate Communications at Christie’s; the Vice Chairman, Corporate Affairs at Barclays and Director of Corporate Affairs at the BBC, where he also sat on the Board of Management. 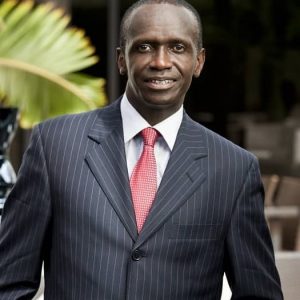 is Doctor of Letters and holds a degree in law from Reims University (France).
He is a University Lecturer (English studies – Law – Communication), a media Professional and entrepreneur with 40 years of public and private international experience.
He was previously General Manager of the Senegalese Radio and Television; Regional Managing Director of AfricaOnline; General Manager of STV1 STV 2 as well as Director of TV5 Africa.

A word from the founder

There is a huge gap between media industry and media studies in Africa, resulting in graduates struggling to demonstrate employability and market players fearing underqualification.

The creative and media industries are growing all over the Continent, but human resources are still scarce. Higher education and vocational training remain rare due to a lack of infrastructure, equipment, and qualified trainers.

There is a skills gap, which the African Media Campus Foundation seeks to fill.

We believe we can both help the media industry meet its recruitment needs and support talented young professionals in the pursuit of their professional goals by bringing the industry onto campus.

Our ambition is to bring together industry leaders and the world’s best media education providers to overhaul media studies in Africa. 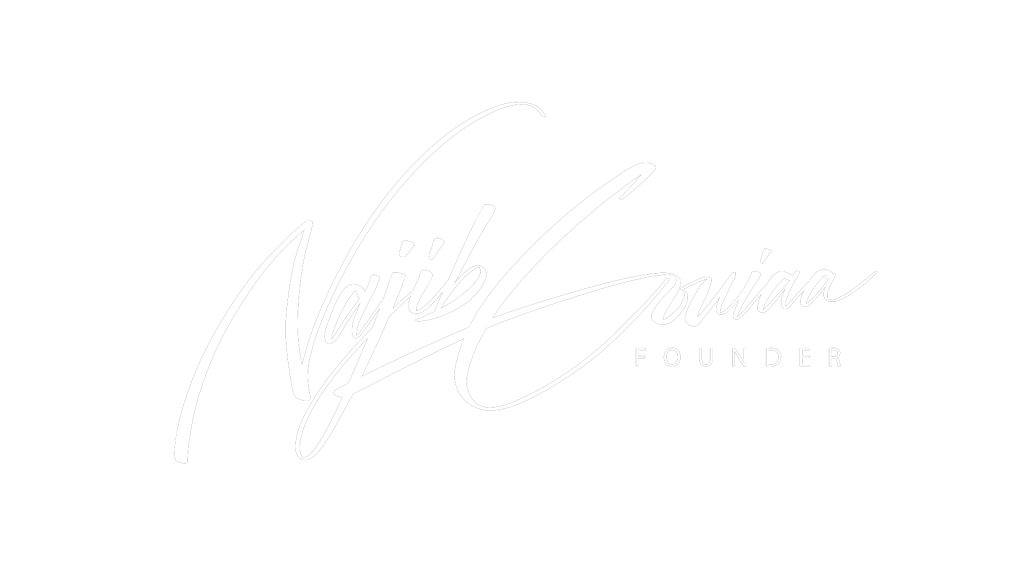 Mauritius is a gateway to both Francophone and Anglophone Africa. Perfectly bilingual, connected to Asia and Europe, it is a model of diversity and an ideal destination for both African and international students.

The island benefits from a well-regulated media industry, high-speed broadband connectivity, and a booming education sector, whose continued expansion is a key national priority for the government. Indeed, Mauritius recently announced new policies to facilitate the expansion of campuses to include international university branches, making it the perfect home for our Foundation.

↑
We use cookies on our website to give you the most relevant experience by remembering your preferences and repeat visits. By clicking “Accept All”, you consent to the use of ALL the cookies. However, you may visit "Cookie Settings" to provide a controlled consent.
Cookie SettingsAccept All
Manage consent

This website uses cookies to improve your experience while you navigate through the website. Out of these, the cookies that are categorized as necessary are stored on your browser as they are essential for the working of basic functionalities of the website. We also use third-party cookies that help us analyze and understand how you use this website. These cookies will be stored in your browser only with your consent. You also have the option to opt-out of these cookies. But opting out of some of these cookies may affect your browsing experience.
Necessary Always Enabled
Necessary cookies are absolutely essential for the website to function properly. These cookies ensure basic functionalities and security features of the website, anonymously.
Functional
Functional cookies help to perform certain functionalities like sharing the content of the website on social media platforms, collect feedbacks, and other third-party features.
Performance
Performance cookies are used to understand and analyze the key performance indexes of the website which helps in delivering a better user experience for the visitors.
Analytics
Analytical cookies are used to understand how visitors interact with the website. These cookies help provide information on metrics the number of visitors, bounce rate, traffic source, etc.
Advertisement
Advertisement cookies are used to provide visitors with relevant ads and marketing campaigns. These cookies track visitors across websites and collect information to provide customized ads.
Others
Other uncategorized cookies are those that are being analyzed and have not been classified into a category as yet.
SAVE & ACCEPT